I think we should collectively admit it.

We all talk to ourselves. 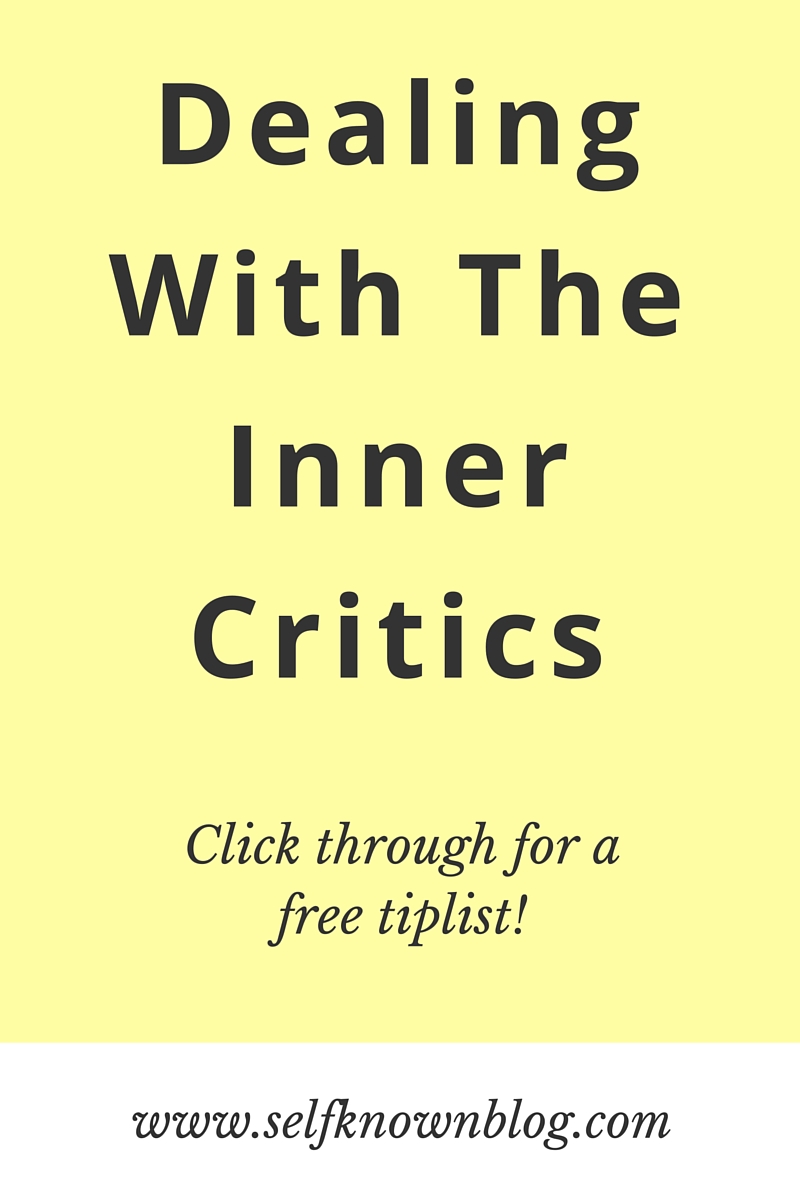 Inner dialogue is something that plays a huge role in your level of love for yourself. What you think is essentially what you have to say - it’s what you believe.

Maria doubts her capabilities. She tells herself that no matter what she tries to do, she will always fail. (I’m a failure. I suck. I can’t do anything right.) This makes her feel miserable and ultimately, unworthy of success. These thoughts and feelings are then reinforced by how she decides to take action. She starts an online shop, but no one buys her products. She wants to enter in a design contest, but decides not to because she’s not good enough, so what’s the point? In the end, Maria not only sufficiently self-sabotages herself, but digs herself deeper into the cycle of negativity every time she makes a decision.

Do you see it? Do you see the cycle? It began with one thought.

That’s how everything begins, my friends. It begins with a single thought. And the small, hurtful comments you tell yourself now can and WILL pile up until you’re unable to handle carrying the weight with you anymore. Please, my friend, don’t do that to yourself. Don’t let it go too far.

And if you have, if you hear the voices, I want you to know it’s not too late. It’s never too late.

But getting those little voices of doubt and insecurity to go away is hard (believe me, I know!). So hard that sometimes I find myself giving in because I just don't feel like putting up a fight. Which is exactly when I should be pushing back harder.

So, what can you do if you find yourself not wanting to fight the good fight?

1. Set fire to the negative.

To some of us - especially those of us who listen to what our inner critics say - the tiny things can feel like stepping on a landmine with our brains. Mostly because we blow things so out of proportion (haha...ha...). So the next time negative thoughts bombard you, grab your mental lighter. After heavily dousing them in gasoline, light ’em up up up and watch how pretty the flames get as the thoughts die away. If you think fire is too violent, you can try “placing” the thoughts in boxes or trash cans. You can also try turning them black and white, then shrinking them into postage stamps that accidentally get thrown away...

One of my inner critics - Downer, I call her, - is currently in Europe, touring the country with her BFF's "You're-Not-Good-Enough" and "You'll-Never-Get-Anywhere". Whenever she visits I like to help her repack her bags and refill her wallet with paper money before sending her out on another journey again. You should try the same thing. Send your inner critics off to Paris for a fashion show or to a deserted island where the only inhabitants are monkeys and pelicans. If they try to come back, send them off again. They can never resist an adventure.

Your quirks (lovable flaws) are what make you, you! So what better way to establish self-love than to accept and love your quirky parts? After all, they are the reason people befriend you, relate to you, fall for you and so on, so embrace them. Don't hold back bits of yourself because of someone else, or you'll end up losing connection the best parts of you.


Need more? Grab this insanely awesome tiplist to help you deal with your inner critics!

Now, my question for you is, how do you deal with your inner critics and dialogue?

Nicole Rose is the main blogger of Self Known, the go to hub for creation and inspiration. Give her 4 weeks of your time and she'll improbve your creativity - for FREE. Check out the links below for more information.

I'm Rose - the author behind this creation and inspiration station. Let's have fun and get creative! Click here to learn more.

How to Manage Your Creative Time

How to Begin Your Self-Love Journey This Year

All designs, layouts and/or images are property of Self Known unless otherwise noted. Please do not reuse or repurpose any content without proper credits, links and citations. Thank you.


Copyright © 2016 Self Known // You are the brilliant lead character in your own best-selling novel. Never stop turning the pages.

Sign up to get FREE resources, challenges and behind the scenes updates!